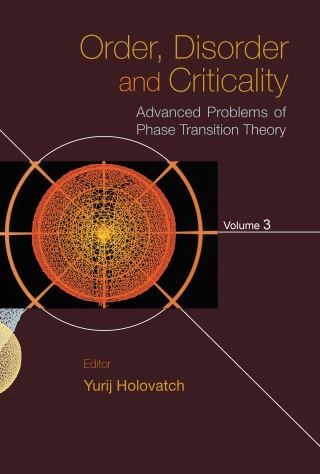 This book is the third volume of review papers on advanced problems of phase transitions and critical phenomena, following the success of the first two volumes in 2004 and in 2007. Broadly, the book aims to demonstrate that the phase transition theory, which experienced its ‘golden age’ during the 70s and 80s, is far from over and there is still a good deal of work to be done, both at the fundamental level and in respect of applications.This volume presents a broad spectrum of problems connected with criticality. It covers its theoretical backgrounds, analytical approaches and numerical simulations to describe criticality in specific systems (ionic fluids, diluted magnets, polymers), as well as phase transitions on complex networks and in the minority game model. As the first two volumes, this book is based on the review lectures that were given in Lviv (Ukraine) at the “Ising lectures” — a traditional annual workshop on phase transitions and critical phenomena which brings together scientists working in the field with university students and those who are interested in the subject.