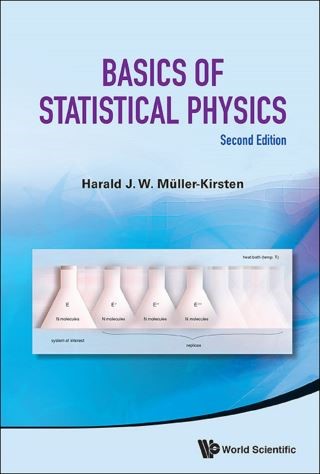 Statistics links microscopic and macroscopic phenomena, and requires for this reason a large number of microscopic elements like atoms. The results are values of maximum probability or of averaging. This introduction to statistical physics concentrates on the basic principles, and attempts to explain these in simple terms supplemented by numerous examples. These basic principles include the difference between classical and quantum statistics, a priori probabilities as related to degeneracies, the vital aspect of indistinguishability as compared with distinguishability in classical physics, the differences between conserved and non-conserved elements, the different ways of counting arrangements in the three statistics (Maxwell-Boltzmann, Fermi-Dirac, Bose-Einstein), the difference between maximization of the number of arrangements of elements, and averaging in the Darwin-Fowler method. Significant applications to solids, radiation and electrons in metals are treated in separate chapters, as well as Bose-Einstein condensation. This revised second edition contains an additional chapter on the Boltzmann transport equation along with appropriate applications. Also, more examples have been added throughout, as well as further references to literature.