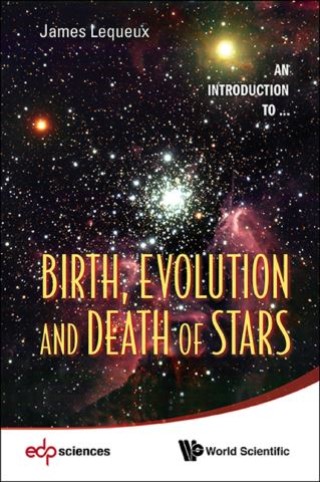 Birth, Evolution And Death Of Stars

It has been known for a long time that stars are similar to our Sun. But it was only in 1810 that they were shown to be made of an incandescent gas. The chemical composition of this gas began to be determined in 1860. In 1940, it was demonstrated that the energy radiated by the stars is of thermonuclear origin. How stars form from interstellar matter and how they evolve and die was understood only recently, with our knowledge still incomplete. It was also realized recently that close double stars present a wide variety of extraordinary phenomena, which are far from being completely explored.This book explains all these aspects, and also discusses how the evolution of stars determine that of galaxies. The most interesting observations are illustrated by spectacular images, while the theory is explained as simply as possible, without however avoiding some mathematical or physical developments when they are necessary for a good understanding of what happens in stars. Without being a textbook for specialists, this book can be profitably read by students or amateurs possessing some basic scientific knowledge, who would like to be initiated in-depth to the fascinating world of stars.The author, an emeritus astronomer of the Paris Observatory, worked in various domains of astronomy connected with the subject of this book: interstellar matter and evolution of stars and galaxies. He directed the Marseilles observatory from 1983 to 1988 and served for fifteen years as Chief Editor of the professional European journal Astronomy & Astrophysics. He has written many articles and books about physics and astronomy at different levels.