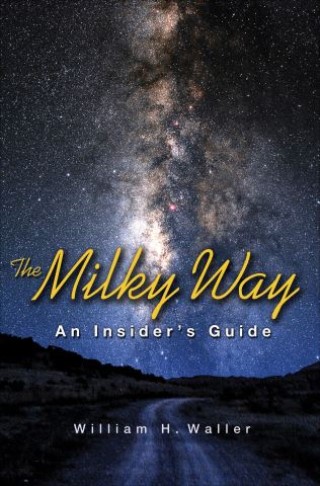 A grand tour of our dynamic home galaxy

This book offers an intimate guide to the Milky Way, taking readers on a grand tour of our home Galaxy's structure, genesis, and evolution, based on the latest astronomical findings. In engaging language, it tells how the Milky Way congealed from blobs of gas and dark matter into a spinning starry abode brimming with diverse planetary systems—some of which may be hosting myriad life forms and perhaps even other technologically communicative species.

William Waller vividly describes the Milky Way as it appears in the night sky, acquainting readers with its key components and telling the history of our changing galactic perceptions. The ancients believed the Milky Way was a home for the gods. Today we know it is but one galaxy among billions of others in the observable universe. Within the Milky Way, ground-based and space-borne telescopes have revealed that our Solar System is not alone. Hundreds of other planetary systems share our tiny part of the vast Galaxy. We reside within a galactic ecosystem that is driven by the theatrics of the most massive stars as they blaze through their brilliant lives and dramatic deaths. Similarly effervescent ecosystems of hot young stars and fluorescing nebulae delineate the graceful spiral arms in our Galaxy's swirling disk. Beyond the disk, the spheroidal halo hosts the ponderous—and still mysterious—dark matter that outweighs everything else. Another dark mystery lurks deep in the heart of the Milky Way, where a supermassive black hole has produced bizarre phenomena seen at multiple wavelengths.

Waller makes the case that our very existence is inextricably linked to the Galaxy that spawned us. Through this book, readers can become well-informed galactic "insiders"—ready to imagine humanity's next steps as fully engaged citizens of the Milky Way.

William H. Waller: William H. Waller is an astronomer, science educator, and writer. He lives with his family in Rockport, Massachusetts, where he can still see the Milky Way on dark moonless nights.