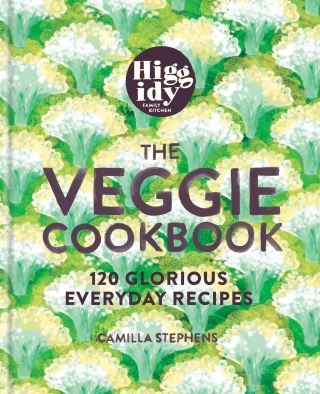 With bold flavour combinations and clever use of everyday ingredients, Higgidy shows how to create exciting dishes that will have even the most dedicated of meat eaters calling for seconds.

The focus is on food for every day - whether that's a comforting pie to plonk on the kitchen table after work and school or a lunchbox-friendly frittata. Alongside Higgidy classics such as Garden Pea and Potato Quiche and Squash Mac and Cheese Pie, you will find ingenious ideas such as a 10-minute Fridge to Frittata. Going beyond the pie and tart, recipes for everything from a One-pan Roast Carrot and Chickpea Traybake to an Artichoke and Butter Bean Salad make this a cookbook you will turn to again and again.

Camilla Stephens: Higgidy's founder and chief pie maker, Camilla Stephens, began making pies in 2003, having trained as a cook at Leiths School of Food and Wine. She worked for a time as head of food development for Starbucks UK before leaving to follow her dreams and start her own business - Higgidy. Since then, Higgidy has become one of the UK's fastest-growing food companies, and its products are now stocked in most of the country's major supermarkets. Camilla is married to Higgidy's co-founder James, and they have two children.