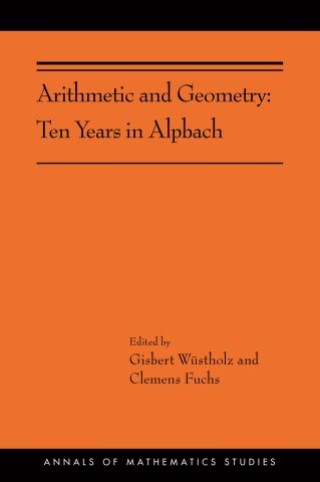 Arithmetic and Geometry presents highlights of recent work in arithmetic algebraic geometry by some of the world's leading mathematicians. Together, these 2016 lectures—which were delivered in celebration of the tenth anniversary of the annual summer workshops in Alpbach, Austria—provide an introduction to high-level research on three topics: Shimura varieties, hyperelliptic continued fractions and generalized Jacobians, and Faltings height and L-functions. The book consists of notes, written by young researchers, on three sets of lectures or minicourses given at Alpbach.

The first course, taught by Peter Scholze, contains his recent results dealing with the local Langlands conjecture. The fundamental question is whether for a given datum there exists a so-called local Shimura variety. In some cases, they exist in the category of rigid analytic spaces; in others, one has to use Scholze's perfectoid spaces.

The second course, taught by Umberto Zannier, addresses the famous Pell equation—not in the classical setting but rather with the so-called polynomial Pell equation, where the integers are replaced by polynomials in one variable with complex coefficients, which leads to the study of hyperelliptic continued fractions and generalized Jacobians.

The third course, taught by Shou-Wu Zhang, originates in the Chowla–Selberg formula, which was taken up by Gross and Zagier to relate values of the L-function for elliptic curves with the height of Heegner points on the curves. Zhang, X. Yuan, and Wei Zhang prove the Gross–Zagier formula on Shimura curves and verify the Colmez conjecture on average.