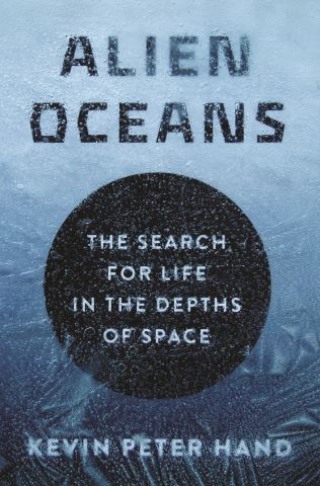 The Search for Life in the Depths of Space

Where is the best place to find life beyond Earth? We often look to Mars as the most promising site in our solar system, but recent scientific missions have revealed that some of the most habitable real estate may actually lie farther away. Beneath the frozen crusts of several of the small, ice-covered moons of Jupiter and Saturn lurk vast oceans that may have been in existence for as long as Earth, and together may contain more than fifty times its total volume of liquid water. Could there be organisms living in their depths? Alien Oceans reveals the science behind the thrilling quest to find out.

Kevin Peter Hand is one of today's leading NASA scientists, and his pioneering research has taken him on expeditions around the world. In this captivating account of scientific discovery, he brings together insights from planetary science, biology, and the adventures of scientists like himself to explain how we know that oceans exist within moons of the outer solar system, like Europa, Titan, and Enceladus. He shows how the exploration of Earth's oceans is informing our understanding of the potential habitability of these icy moons, and draws lessons from what we have learned about the origins of life on our own planet to consider how life could arise on these distant worlds.

Alien Oceans describes what lies ahead in our search for life in our solar system and beyond, setting the stage for the transformative discoveries that may await us.

Kevin Hand: Kevin Peter Hand is a scientist at NASA's Jet Propulsion Laboratory, where he has served as deputy chief scientist for solar system exploration and is leading an effort to land a spacecraft on the surface of Europa. He has helped lead expeditions to the glaciers of Kilimanjaro, the Dry Valleys of Antarctica, and the sea ice of the North Pole. He lives in Los Angeles. Twitter @Alienoceans