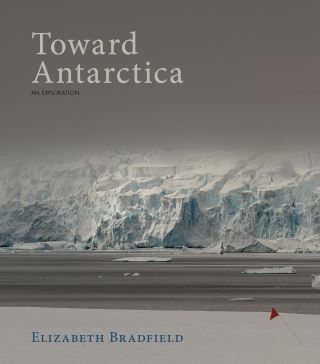 Poet-naturalist Elizabeth Bradfield’s fourth collection, Toward Antarctica, documents and queries her work as a guide on ships in Antarctica, offering an incisive insider’s vision that challenges traditional tropes of The Last Continent. Inspired by haibun, a stylistic form of Japanese poetry invented by 17th-century poet, Matsuo Bashō to chronicle his journeys in remote Japan, Bradfield uses photographs, compressed prose, and short poems to examine our relationship to remoteness, discovery, expertise, awe, labor, temporary societies, “pure” landscapes, and tourism’s service economy. Antarctica was the focus of Bradfield’s Approaching Ice, written before she had set foot on the continent; now Toward Antarctica furthers her investigation with boots on the ground. A complicated love letter, Toward Antarctica offers a unique view of one of the world’s most iconic wild places.

Writer/naturalist Elizabeth Bradfield is the author of the poetry collections Once Removed, Approaching Ice, Interpretive Work, and Toward Antarctica. Her poems and essays have appeared in The New Yorker, West Branch, Poetry, The Atlantic Monthly, Orion and elsewhere. Winner of the Audre Lorde Prize from the Publishing Triangle, finalist for a Lambda Literary Award, and the James Laughlin Award from the Academy of American Poets, her awards also include a Stegner Fellowship, a Bread Loaf Scholarship, and a residency at the Vermont Studio Center. Bradfield grew up in Tacoma, Washington, attended the University of Oregon, graduated from the University of Washington, and received her MFA from the University of Alaska, Anchorage. Founder and editor-in-chief of Broadsided Press and a contributing editor at the Alaska Quarterly Review, she lives on Cape Cod with her partner, works as a naturalist/guide locally as well as on expedition ships around the globe, and is Associate Professor and co-director of creative writing at Brandeis University.