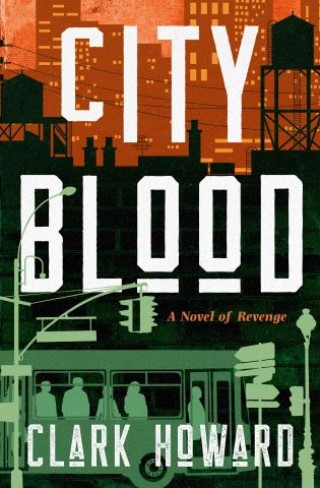 A Novel of Revenge

When a topless dancer is beaten to death, police detective Joe Kiley strongly suspects her boyfriend, a mob kingpin’s brother, is the killer. He isn’t—but in the course of trying to track him down, Kiley’s partner winds up dead during an unauthorized stakeout.

Now Kiley wants vengeance—if not for the dancer, then for his longtime fellow cop. Despite warnings from the department, he’s about to be drawn deep into the world of gangs and organized crime, and into entanglements with two women that will only heighten his despair, in this novel from an Edgar Award–winning author featuring “moments that glitter with insight and gritty, urban realism” (Publishers Weekly).

Clark Howard:
Clark Howard (1932-2016) Born in Ripley, Tennessee, Howard was one of the most honored mystery writers in America and was a longtime favorite of readers of Ellery Queen Mystery Magazine, Alfred Hitchcock Mystery Magazine, and numerous other publications. A professional writer for over 40 years, he wrote sixteen novels, six books of non-fiction, and published two collections of short stories, in addition to more than 200 uncollected short stories. Howard was honored with the Edgar Allan Poe award for best short story of 1981 from the Mystery Writers of America. In 2009, Howard won the Edward D. Hoch Memorial Golden Derringer Award for Lifetime Achievement from the Short Fiction Mystery Society.​