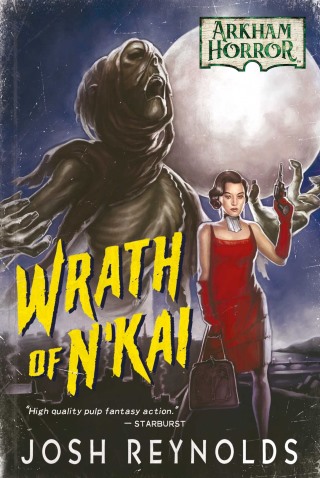 The first in a new range of novels of eldritch adventure from the wildly popular Arkham Horror; an international thief of esoteric artifacts stumbles onto a nightmarish cult in 1920s New England.

Countess Alessandra Zorzi, international adventurer and thief, arrives in  Arkham pursuing an ancient body freshly exhumed from a  mound in Oklahoma, of curious provenance and peculiar characteristics. But before she can steal it, another party beats her to it. During the resulting gunfight at the Miskatonic Museum, the countess makes eye contact with the petrified corpse and begins an adventure of discovery outside her wildest experiences. Now, caught between her mysterious client, the police, and a society of necrophagic connoisseurs, she finds herself on the trail of a resurrected mummy as well as the star-born terror gestating within it.

Josh Reynolds: JOSH REYNOLDS is the author of over thirty novels and numerous short stories, including the New York Times-bestselling Warhammer: Age of Sigmar and Warhammer 40,000 series. He grew up in South Carolina and now lives in Sheffield, UK.