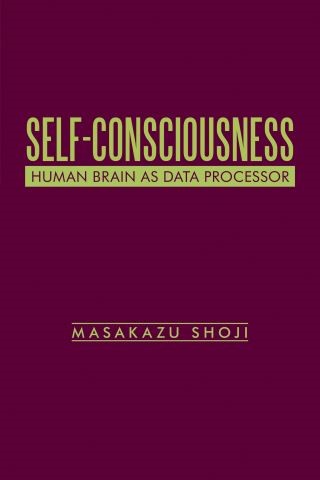 A summary of author Masakazu Shoji’s previous works, Self-Consciousness: Human Brain as Data Processor, explains self-consciousness by using a simple, mechanical model of the human brain, which reflects its past development of evolution by natural selection. The model was built from the information acquired from the unbiased, introspective observation of Shoji’s own mind and other rational assumptions. In this study, geared for those with a background in the research and science of psychology, Shoji introduces a new approach based on systems and information science; it relies on the synthetic method of study by designing the human brain’s functional model. It deals with the self-conscious directly, without adding in subconsciousness or quantum mystery, as has been done previously. The model was designed realistically using hardware built with genetic instructions, using neurons as the elements of digital and analog operations. Shoji shares that versions of this model reveal how humans acquire and store memories of images of the outside objects, sense the images internally, execute necessary actions directed by the images, feel an emotional state by facing life’s events, and develop intelligence by accumulated experiences. The model also explains mysterious mental experiences, such as seeing dreams, daydreams, phantoms, ghosts, and feeling premonitions.

Masakazu Shoji: Masakazu Shoji earned a PhD in electronics and an ScD in physics. He worked as a physicist and microprocessor designer for Bell Laboratories, Murray Hill, for thirty-five years. He’s been interested in human self-consciousness, mythology, and New World antiquity since his youth, and he uses this background to study human self-consciousness. He is also author of Self-Consciousness: The Hidden Internal State of Digital Circuits.