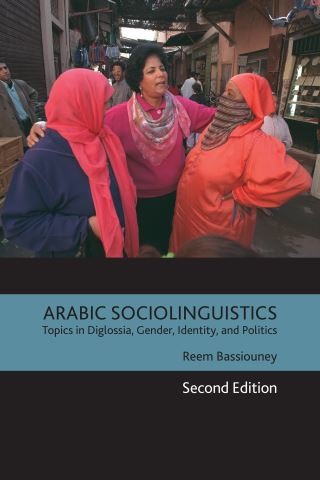 In this second edition of Arabic Sociolinguistics, Reem Bassiouney expands the discussion of major theoretical approaches since the publication of the book’s first edition to account for new sociolinguistic theories in Arabic contexts with up-to-date examples, data, and approaches. The second edition features revised sections on diglossia, code-switching, gender discourse, language variation, and language policy in the region while adding a chapter on critical sociolinguistics—a new framework for critiquing the scholarly practices of sociolinguistics. Bassiouney also examines the impact of politics and new media on Arabic language. Arabic Sociolinguistics continues to be a uniquely valuable resource for understanding the theoretical framework of the language.

Reem Bassiouney is professor of linguistics at the American University in Cairo. Her books include Language and Identity in Modern Egypt and Functions of Code Switching in Egypt, and her edited volumes include Identity and Dialect Performance and Arabic and the Media. She is the coeditor of Arabic Language and Linguistics and editor and founder of the series Routledge Studies in Language and Identity. Her book Sons of the People: The Mamluk Trilogy recieved the 2019-2020 Naguib Mahfouz Award for the best Egyptian novel of the year.