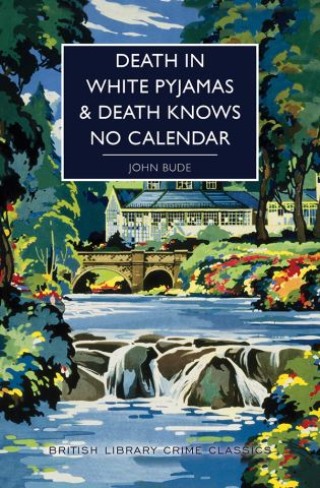 Mystery crime fiction written in the Golden Age of Murder

Two mysteries of the kind John Bude does best, with well-drawn and authentic period settings and a satisfying whodunit structure, following the traditional rules and style of the Golden Age of the genre.

Death in White Pyjamas: At the country home of Sam Richardson, a group of actors have gathered along with their somewhat sinister producer Basil Barnes, and a playwright whose star is rising in the drama scene. With competitive tension in the air between the three actresses, Clara, Angela and Deirdre, the spell is broken when Deirdre is found murdered in the grounds wearing, for some unknown reason, white pyjamas.

Death Knows no Calendar: A shooting in a locked artist's studio. Four suspects; at least two of whom are engaged in an affair. An exuberant and energetic case for Major Boddy.

John Bude: JOHN BUDE was the pseudonym of Ernest Elmore (19011957), an author of the golden age of crime fiction. Elmore was a cofounder of the Crime Writers' Association, and worked in the theatre as a producer and director.