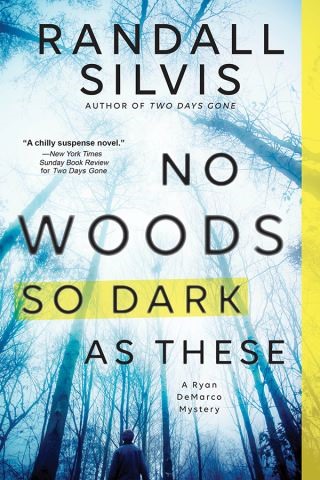 No Woods So Dark as These

There are good reasons to fear the dark...

Former Sergeant Ryan DeMarco's life has been spent in defiance—he's defied death, loneliness, and betrayal all while fighting the worst parts of humanity. He's earned a break, and following the devastation of their last case, DeMarco and his girlfriend Jayme want nothing more than to live quietly in each other's company. To forget the horrors they've experienced and work on making each other whole again.

But dreams of a peaceful life together are shattered when two bodies are discovered in a smoldering car in the woods, and another is found brutally mutilated nearby. Much as he'd like to leave the case to his former colleagues, dark forces are at play and DeMarco cannot escape the vortex of lies, betrayal, and desperation. He and Jayme are dragged back into the fray, where they must confront the shady dealings of a close-knit rural community.

In the highly-anticipated fourth installment in his critically-acclaimed series, Randall Silvis returns with a case that might break Ryan DeMarco for good.

Randall Silvis: RANDALL SILVIS is the internationally acclaimed author of more than a dozen novels, including Two Days Gone and the other Ryan DeMarco mysteries. His essays, articles, poems, and short stories have appeared in various online and print magazines. His work has been translated into ten languages. He lives in Pennsylvania.