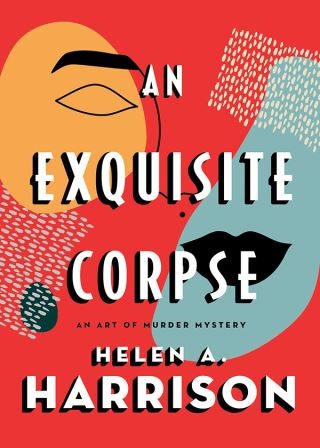 When the acclaimed Cuban painter Wifredo Lam turns up dead in his Greenwich Village studio, officers Juanita Diaz and Brian Fitzgerald of the NYPD, must investigate the crime. But what they find is much more gruesome than they ever could have imagined.

Suspicion soon falls on a tight-knit circle of Surrealist refugees who fled Nazi-occupied Europe during World War II, and Diaz and Fitzgerald must traverse the city, from Chinatown's underworld to Spanish Harlem's gangland, to find the truth. Did one of the artists' bizarre parlor games turn deadly? Or is there something even more sinister afoot?

"Smart, witty, filled with so much history of the period, beautifully written, and suspenseful."—Jonathan Santlofer, author of The Death Artist

Helen A. Harrison: Helen A. Harrison, a former art reviewer and feature writer for The New York Times and visual arts commentator for National Public Radio, is the director of the Pollock-Krasner House and Study Center in East Hampton, New York, and an authority on 20th century American art. A native of New York City with a bachelor's degree in studio art from Adelphi University, she also attended the Art Students League, the Brooklyn Museum Art School and Hornsey College of Art in London before receiving a master's degree in art history from Case Western Reserve University. Among her many publications are exhibition catalogs, essays, book chapters, reviews and articles, and several non-fiction books, including Hamptons Bohemia: Two Centuries of Artists and Writers on the Beach, co-authored with Constance Ayers Denne, and monographs on Larry Rivers and Jackson Pollock. She and her husband, the artist Roy Nicholson, live in Sag Harbor, New York. www.helenharrison.net.