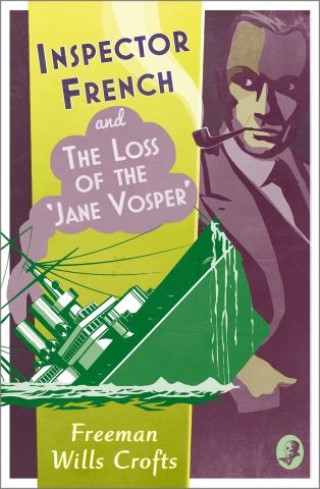 Inspector French and the Loss of the ‘Jane Vosper’

The Jane Vosper is plunged to the bottom of the Atlantic by a series of explosions in her hold. With no innocent explanation of the cause, it appears that someone must have sunk the ship for the insurance money. When The Land and Sea Insurance Company’s official investigator then disappears, Inspector French is called in from Scotland Yard to find him. French decides that the only way to find his missing person is to solve the baffling mystery of the sinking of the Jane Vosper first…