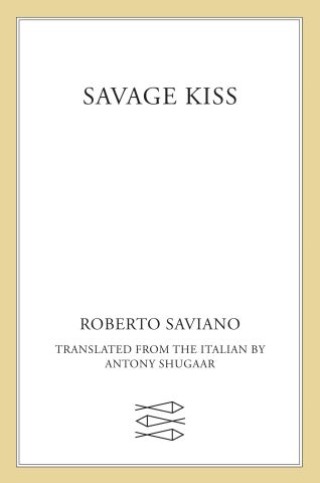 Roberto Saviano returns to the streets of Naples and the boy bosses who run them in Savage Kiss, the hotly anticipated follow-up to The Piranhas, the bestselling novel and major motion picture

Nicolas Fiorillo and his gang of children—his paranza—control the squares of Forcella after their rapid rise to power. But it isn't easy being at the top.

Now that the Piranhas have power in the city, Nicolas must undermine the old families of the Camorra and remain united among themselves. Every paranzino has his own vendettas and dreams to pursue—dreams that might go beyond the laws of the gang. A new war may be about to break out in this city of cutthroat bargaining, ruthless betrayal, and brutal revenge. Saviano continues the story of the disillusioned boys of Forcella, the paranzini ready to give and receive kisses that leave a taste of blood.

Saviano’s Gomorrah was a worldwide sensation, and The Piranhas, called “raw and shocking” by The New York Times Book Review, captured readers with its tale of raw criminal ambition, told with “openhearted rashness” (Elena Ferrante). Savage Kiss, which again draws on the skills of translator Antony Shugaar, is the latest thrilling installment from the brilliant Italian novelist.

Roberto Saviano: Roberto Saviano was born in Naples and studied philosophy at university. Gomorrah: A Personal Journey into the Violent International Empire of Naples' Organized Crime System was his first book. In 2011 he was awarded the PEN Pinter International Writer of Courage Award.