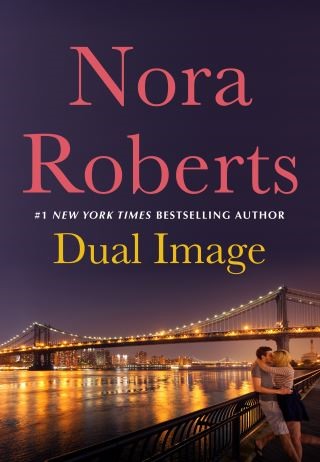 In a role that propelled her to daytime television stardom, Ariel Kirkwood’s soap opera character reflects her actual playful personality. So when she gets cast as a devious bombshell in famous screenwriter Booth DeWitt’s semiautobiographical film, her dreams of a silver screen career seem assured. Impressed with Ariel’s believable portrayal, Booth can only see her as his heartless ex-wife, the basis for the character. Reading between the lines Booth projects on set, Ariel finds herself falling for the hopeful man beneath the cynicism. To make Booth see that the real Ariel is offering him a chance for love, she’s going to have to change her act.

Nora Roberts: NORA ROBERTS is the #1 New York Times bestselling author of more than 200 novels, including Hideaway, The Chronicles of the One trilogy, Under Currents, Shelter in Place, Come Sundown, and many more. She is also the author of the bestselling In Death series written under the pen name J.D. Robb. There are more than 500 million copies of her books in print.