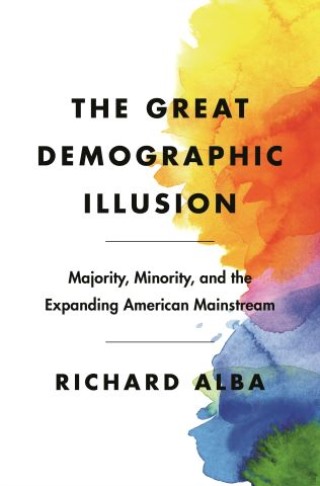 Americans are under the spell of a distorted and polarizing story about their country’s future―the majority-minority narrative―which contends that inevitable demographic changes will create a society with a majority made up of minorities for the first time in the United States’s history. The Great Demographic Illusion reveals that this narrative obscures a more transformative development: the rising numbers of young Americans from ethno-racially mixed families, consisting of one white and one nonwhite parent. Examining the unprecedented significance of mixed parentage in the twenty-first-century United States, Richard Alba looks at how young Americans with this background will play pivotal roles in the country’s demographic future.

Assembling a vast body of evidence, Alba explores where individuals of mixed parentage fit in American society. Most participate in and reshape the mainstream, as seen in their high levels of integration into social milieus that were previously white dominated. Yet, racism is evident in the very different experiences of individuals with black-white heritage. Alba’s portrait squares in key ways with the history of immigrant-group assimilation, and indicates that, once again, mainstream American society is expanding and becoming more inclusive.

Nevertheless, there are also major limitations to mainstream expansion today, especially in its more modest magnitude and selective nature, which hinder the participation of black Americans and some other people of color. Alba calls for social policies to further open up the mainstream by correcting the restrictions imposed by intensifying economic inequality, shape-shifting racism, and the impaired legal status of many immigrant families.

Richard Alba: Richard Alba is Distinguished Professor of Sociology at the Graduate Center, City University of New York. His many books include Strangers No More (Princeton), Blurring the Color Line, and Remaking the American Mainstream.