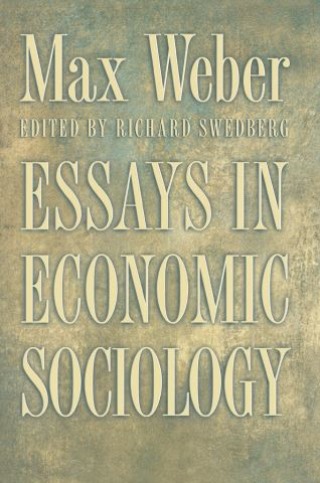 The writings of Max Weber (1864-1920) contain one of the most fascinating and sophisticated attempts ever made to create an economic sociology. Economic sociologist and Weber scholar Richard Swedberg has selected the most important of Weber's enormous body of writings on the topic, making these available for the first time in a single volume. The central themes around which the anthology is organized are modern capitalism and its relationships to politics, to law, and to culture and religion; a special section is devoted to theoretical aspects of economic sociology. Swedberg provides a valuable introduction illuminating biographical and intellectual dimensions of Weber's work in economic sociology, as well as a glossary defining key concepts in Weber's work in the field and a bibliographical guide to this corpus.


Weber's substantive views on economic sociology are represented in this volume through crucial excerpts from works such as his General Economic History and The Protestant Ethic and the Spirit of Capitalism, but the reader can follow his attempt to construct a conceptual foundation for economic sociology in Economy and Society as well. Also included is Weber's celebrated inaugural lecture, "The Freiburg Address," along with a number of central but hitherto inaccessible writings. Though written nearly a century ago, Weber's work has the quality of a true classic, and the reader will find many ideas in his writings on economic topics that remain applicable in today's world. These include Weber's discussion of what is now called social capital, his analysis of the institutions needed for a well-functioning capitalist economy, and his more general attempt to introduce social structure into economic analysis. As this volume demonstrates, what basically motivated Weber to work with economic sociology was a realization shared by many economists and sociologists today: that the analysis of economic phenomena must include an understanding of the social dimension. Guided by volume editor Swedberg, the reader of this anthology discovers the significance and the enduring relevance of Weber's contribution to economic sociology.