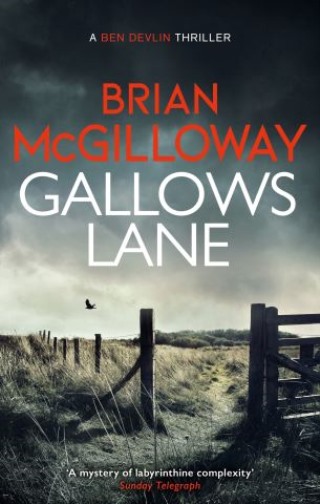 'Dazzling' The Guardian on Borderlands


A born-again ex con and drug-addled violence collide in the borderlands between North and South Ireland...
When a young woman is found beaten to death on a building site in what appears to be a sexually-motivated killing, Devlin is distracted from his assignment of keeping tabs on Kerr. Enquiries into the murder soon point to a local bodybuilder and steroid addict. But days later, the born-again ex-con Kerr is found nailed to a tree?crucified.

Increasingly torn between his young family and his job, Devlin is determined to apprehend those responsible for the murders before they strike again, even as the carnage begins to jeopardize those he cares about most.

Taking its title from the name of the road down which condemned Donegal criminals were once led,Gallows Lane is a sharp, modern thriller; a stunning second installment in what John Connolly says is set to become one of the great series in modern crime fiction.

In his critically acclaimed debut, Borderlands, Brian McGilloway opened a window onto modern Ireland through the eyes of Garda Inspector Benedict Devlin, drawing comparisons to John Connolly and Ian Rankin for his tight, fast-paced plotting.

'Brian McGilloway's command of plot and assurance of language make it difficult to believe that Borderlands is his debut.' The Times