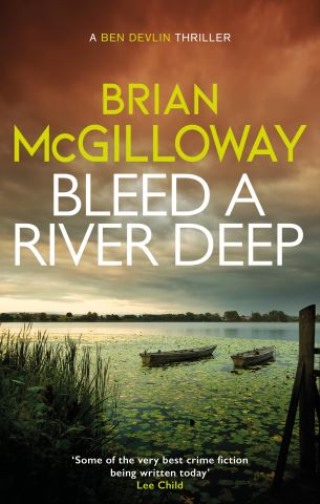 'Dazzling' The Guardian on Borderlands

When a controversial US diplomat is attacked during the opening of a Donegal gold mine, Garda Inspector Benedict Devlin is disciplined for the lapse in security. The gunman turns out to be a young environmentalist - related to an old friend of Devlin's. Within days, the killing of an illegal immigrant near the Irish border leads Devlin to a vicious people-smuggling ring. Then Bradley himself is found dead near the mine and Devlin begins to suspect that the business is a front for something far more sinister than mere mining. Bleed a River Deep is the new novel from one of the most acclaimed young crime-writers around, a labyrinthine tale of big business, the new Europe, and the dispossessed.

World politics, industry and organised crime collide in McGilloway's most accomplished, most gripping, and most powerful novel yet.

Praise for Bleed a River Deep:
'Set to become one of the great series in modern crime fiction' John Connolly