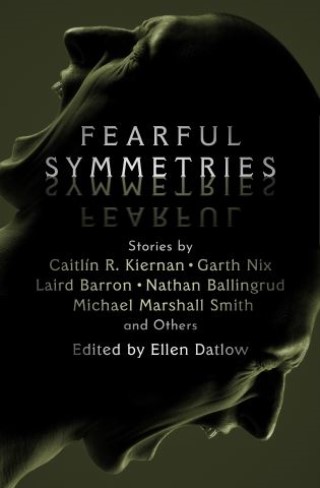 A World Fantasy Award nominee, “this anthology . . . is a collection of some of the most talented horror and speculative fiction authors writing today” (BuzzFeed). It includes all-new stories by Laird Barron, Pat Cadigan, Brian Evenson, Jeffrey Ford, Caítlin R. Kiernan, Garth Nix, Michael Marshall Smith, Kaaron Warren, and other masters of all things spooky and suspenseful.

In tales that crisscross the boundaries of fear and imagination—from a haunted courtyard in New Orleans to a remote Arctic research station—swamp monsters, pool-cleaning robots, and cannibalistic spirits wreak chaos and terror across the pages. You’ll be invited to a prom where a psycho hides inside a sparkly dress or rented tux; on a trip aboard a train to a destination that teems with ghosts; and into the darkest recesses of a human mind, the most fertile ground for the blossoming of true evil.

“Datlow’s ‘experimental’ crowdfunded horror anthology is nicely unthemed. . . . This is an excellent anthology for horror fans, with a nice range of tones and styles and some intriguing new voices.” —Publishers Weekly

“[Fearful Symmetries] not only goes beyond expectations, it raises the bar high above into the horror heavens. . . . A melting pot of distinct voices and styles that leave you wanting more.” —Hellnotes

“One of the best horror anthologies I’ve ever read.” —Thirteen O’Clock

Ellen Datlow:
Ellen Datlow, an acclaimed science fiction and fantasy editor, was born and raised in New York City. She has been a short story and book editor for more than thirty years and has edited or coedited several critically acclaimed anthologies of speculative fiction, including the Year’s Best Fantasy and Horror series and Black Thorn, White Rose (1994) with Terri Windling. Datlow has received numerous honors, including multiple Shirley Jackson, Bram Stoker, Hugo, Locus, and World Fantasy Awards, and Life Achievement Awards from the Horror Writers Association and the World Fantasy Association, to name just a few. She resides in New York.