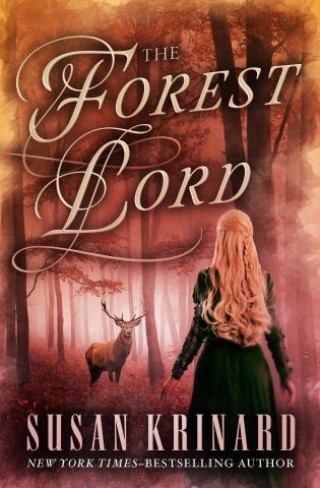 After eloping with her mysterious cousin Cornelius, Eden Fleming discovers he is, in reality, a powerful, otherworldly being, a guardian of the forest, and she was “given” to him by her father in a bargain for the latter’s life. Though her feelings for the forest lord are real, Eden flees—only to learn she is pregnant with his halfling child.

Years later, following a loveless marriage, Eden returns to the dilapidated estate where she last saw Cornelius. And when he finds her there, a devastating lie will be exposed—one that will reveal Cornelius’s true heart, heal Eden’s shattered soul, and save the magical realm they have both come to love.

Based on the ancient English legend of Herne the Hunter, The Forest Lord is “sheer magic . . . utterly romantic and impossible to put down” (Mary Balogh).

“Magical, mystical, and moving, Krinard’s book has a surprise villain and a nice twist at the end. Fans of Nora Roberts’ Irish trilogy [Jewels of the Sun, Tears of the Moon, Heart of the Sea] and Karen Fox’s Buttercup Baby will be delighted by this fantasy and its underlying ecological message.” —Booklist

Susan Krinard:
Susan Krinard is a bestselling author of futuristic and paranormal romance novels. She has won a RITA Award for Best Contemporary Fantasy; Affaire de Coeur’s award for Best Up-and-Coming Author of Futuristic, Fantasy, and Paranormal Romance; and the PRISM Award for Best Dark Paranormal and Best Short Fiction for her novella “Kinsman” in the bestselling anthology Out of This World. Her romance Lord of the Beasts hit #33 on the New York Times bestseller list. Most recently, Krinard has published the Nightsiders paranormal romance series with Harlequin Nocturne and the Midgard urban fantasy series with Tor Books.