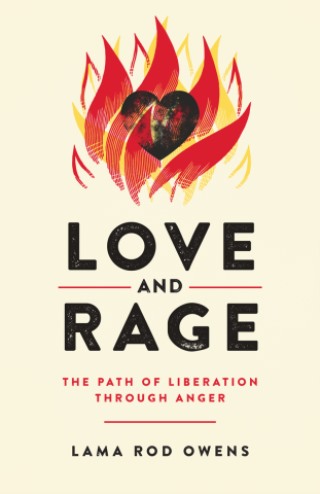 The Path of Liberation through Anger

In the face of systemic racism and state-sanctioned violence, what can Black, Indigenous and People of Color (BIPOC) do internally with their anger and rage?

For many people, anger is often thought of as a root cause for suffering and lasting, negative repercussions. In American culture at large, anger--particularly among people of color--is delegitimized and demonized, and can even be dangerous. Social activist and Kagyu Lama Rod Owens offers a different understanding. For Owens, the coauthor of Radical Dharma, anger is one of the most important aspects of his personal identity as a Buddhist, social activist, Black American, and gay man. When denied or repressed, unconscious anger can have a negative impact with destructive consequences. But when recognized and used mindfully, it can be a positive source of vitality, courage, and dedication as well as a powerful mobilizing factor in our solidarity and commitment to enacting social change. What is needed, says Owens, is a relationship to the heartbreak of anger that is embodied, nondestructive, and deeply healing for all. Here he offers personal insights, stories, as well as Buddhist teachings and meditations for tapping into anger's liberating potential.

Lama Rod Owens: Lama Rod Owens is an author, activist, and authorized Lama (Buddhist Teacher) in the Kagyu School of Tibetan Buddhism and is considered one of the leaders of his generation of Buddhist teachers. He holds a Master of Divinity degree in Buddhist Studies from Harvard Divinity School and is a coauthor of Radical Dharma: Talking Race, Love, and Liberation. Owens is the co-founder of Bhumisparsha, a Buddhist tantric practice and study community; has been published and featured in several publications including Buddhadharma, Lion's Roar, Tricycle, and the Harvard Divinity Bulletin; and has offered talks, retreats, and workshops in more than seven countries.