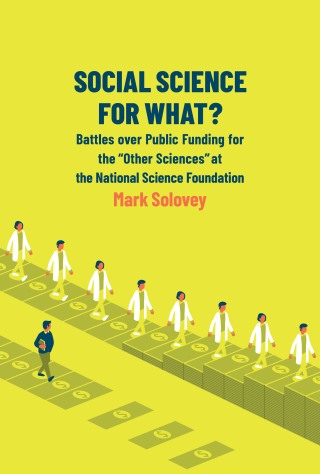 Social Science for What?

How the NSF became an important yet controversial patron for the social sciences, influencing debates over their scientific status and social relevance.

In the early Cold War years, the U.S. government established the National Science Foundation (NSF), a civilian agency that soon became widely known for its dedication to supporting first-rate science. The agency's 1950 enabling legislation made no mention of the social sciences, although it included a vague reference to "other sciences." Nevertheless, as Mark Solovey shows in this book, the NSF also soon became a major--albeit controversial--source of public funding for them.

Mark Solovey: Mark Solovey is Associate Professor in the Institute for the History and Philosophy of Science and Technology at the University of Toronto. He is the author of Shaky Foundations: The Politics-Patronage-Social Science Nexus in Cold War America.