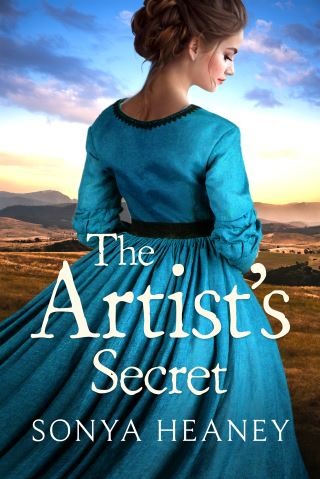 Despite their growing attraction, both Peter and Elizabeth have secrets that will come between them.

Peter Rowe's life is in the city, but his soul is in Australia's southern tablelands - a place he's never seen. Taking the new land manager's position on the thriving estate of Endmoor is the chance he needs to discover what happened to the family he has never met. What he doesn't expect to find in the bush is his employer's talented, beautiful sister.

Elizabeth Farrer's world is changing rapidly. An artist whose work has begun to gain acclaim, her brother's marriage has made her redundant in her own home and she intends to leave the country and make a life of her own. Her plans would take her far from her beloved New South Wales, but with the arrival of Endmoor's newest employee - a man unlike any other she has met - she discovers there might just be a reason to stay right where she is.

Just as they conquer their most difficult obstacles, old prejudices rise up and threaten to keep them apart ...

Sonya Heaney began her professional life aged eight, as the Changeling in Queensland Ballet's A Midsummer Night's Dream. After many more years of hard work, even more blisters, and plenty of pretty tutus, one too many injuries forced her out of her pointe shoes.

Between then and now she has worked in a posh Dublin hotel (that didn't last long), pulled pints in London pubs (that lasted years), taught English in Korea (her apartment was broken into and her computer was stolen—along with many half-finished manuscripts), and worked on costumes backstage in various theatres (it was always chaos).

Sonya holds a Bachelor of Arts in Professional Writing, and spent years putting it to use in nonfiction fields before turning her hand to romance.

After working her way around the world, she once again calls Canberra, Australia's gorgeous capital city, home.