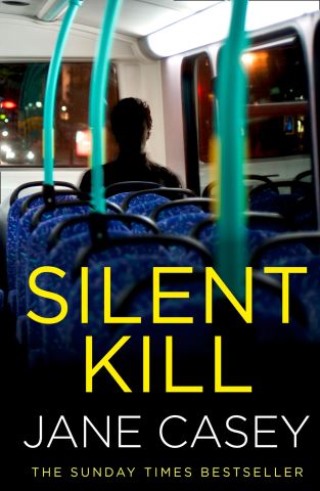 A murder in broad daylight…
A teenage girl is killed on a London bus. The case should be simple. The bus was full of witnesses, and there are cameras everywhere.

A hunt for a killer…
But the more DC Georgia Shaw and her colleagues Maeve Kerrigan and Josh Derwent delve into the crime, the more elusive the answers become.

A case that spirals out of control…
It seems impossible that no one saw anything, but soon the leads run cold. Will they uncover what really happened, or will the killer get away with murder?

For fans of the Maeve Kerrigan series, this is a story with a difference. Told from Georgia’s point of view, we see Maeve and Josh from the outside…like you’ve never seen them before.

Jane Casey has written ten crime novels for adults and three for teenagers. A former editor, she is married to a criminal barrister who ensures her writing is realistic and as accurate as possible.

This authenticity has made her novels international bestsellers and critical successes. The Maeve Kerrigan series has been nominated for many awards: in 2015 Jane won the Mary Higgins Clark Award for The Stranger You Know and Irish Crime Novel of the Year for After the Fire. In 2019, Cruel Acts was chosen as Irish Crime Novel of the Year at the Irish Book Awards. It was a Sunday Times bestseller.

Born in Dublin, Jane now lives in southwest London with her husband and two children.