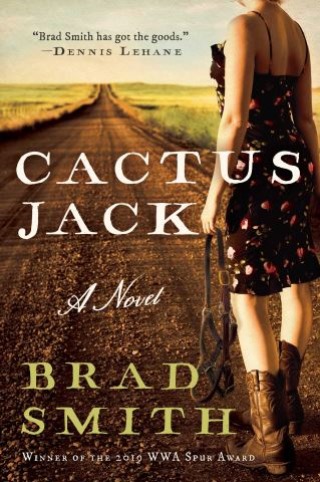 ** A delight from paddock to finish line." --Booklist (STARRED REVIEW) **

Brad Smith “rivals Elmore Leonard at his best” (Publishers Weekly). His latest novel, for fans of Richard Russo and Jane Smiley, is a terrific novel about a thirty-something single woman, the untried colt she inherits, a horse crazy little girl, and their band of misfits and has-beens who stick it to the establishment in the cutthroat world of horse racing.

Billie Masterson is a thirty-something chronic underachiever, drowning herself in alcohol and bad relationships in Ohio. She hasn’t been home to the family’s broken-down thoroughbred farm in Kentucky since college. Her mother committed suicide when Billie was a teen and she blames her father, Will Masterson. When Will drops dead while working on the farm, Billie returns to rural Kentucky for the funeral, intending only to pay her respects before high-tailing it back to Ohio. However, she’s informed by her father’s lawyer, the garrulous David Mountain Clay, that she now owns the farm…and all the debt that goes with it. Determined to sell everything, settle the debts and get out of town, Billie discovers that her father’s colt, a horse named Cactus Jack, is the object of obsession for billionaire Reese Ryker, the louche scion of a department store dynasty and now owner of Double R Racing, one of the top thoroughbred stables in the world. Billie is willing to sell everything to Ryker—until she realizes that he’s an entitled misogynist and a not-so-subtle racist. Against her better judgment, she decides to keep the farm and the untested horse. To do that she needs to race the animal—and beat Ryker at his own game. Assisted by a team of misfits, including a washed-up trainer with whom she has a bit too much history, the horse-crazy little girl next door, and her father’s ex-girlfriend, Billie and Cactus Jack take the track by a storm.