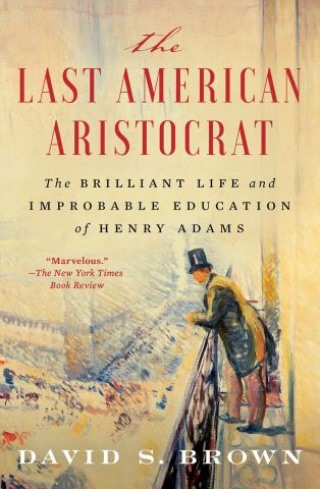 The Brilliant Life and Improbable Education of Henry Adams

A revelatory biography of literary icon Henry Adams—one of America’s most prominent writers and intellectuals of his era, who witnessed and contributed to the United States’ dramatic transition from a colonial society to a modern nation.

Henry Adams is perhaps the most eclectic, accomplished, and important American writer of his time. His autobiography and modern classic The Education of Henry Adams was widely considered one of the best English-language nonfiction books of the 20th century. The last member of his distinguished family—after great-grandfather John Adams, and grandfather John Quincy Adams—to gain national attention, he is remembered today as an historian, a political commentator, and a memoirist.

Now, historian David Brown sheds light on the brilliant yet under-celebrated life of this major American intellectual. Adams not only lived through the Civil War and the Industrial Revolution but he met Abraham Lincoln, bowed before Queen Victoria, and counted powerful figures, including Secretary of State John Hay, Senator Henry Cabot Lodge, and President Theodore Roosevelt as friends and neighbors. His observations of these men and their policies in his private letters provide a penetrating assessment of Gilded Age America on the cusp of the modern era.

The Last American Aristocrat details Adams’s relationships with his wife (Marian “Clover” Hooper) and, following her suicide, Elizabeth Cameron, the young wife of a senator and part of the famous Sherman clan from Ohio. Henry Adams’s letters—thousands of them—demonstrate his struggles with depression, familial expectations, and reconciling with his unwanted widower’s existence.

Presenting intimate and insightful details of a fascinating and unusual American life and a new window on nineteenth century US history, The Last American Aristocrat shows us a more “modern” and “human” Henry Adams than ever before.

David S. Brown: David Brown teaches history at Elizabethtown College in Pennsylvania. He is the author of several books including The Last American Aristocrat; Paradise Lost: A Life of F. Scott Fitzgerald; and Richard Hofstadter: An Intellectual Biography.