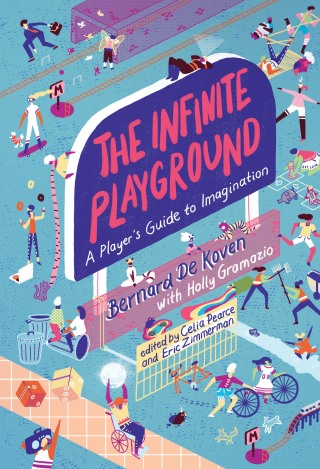 A Player's Guide to Imagination

In his final work, a visionary game designer reveals how a surprising range of play-based experiences can unlock our imagination and help us capture the power of fun and delight.

Bernard De Koven (1941-2018) was a pioneering designer of games and theorist of fun. He studied games long before the field of game studies existed. For De Koven, games could not be reduced to artifacts and rules; they were also about experiencing fun. This book, his last, is about the imagination: the imagination as a plaything, a gateway to wonder. The Infinite Playground extends a play-centered invitation to experience the power and delight unlocked by imagination. It offers a curriculum for playful learning, as De Koven guides the readers through a series of observations and techniques, interspersed with games.

Bernard De Koven: Bernard De Koven was a leading game designer and theorist of fun. He was a codirector of the New Games Foundation, a founder of the Games Preserve, the author of The Well-Played Game: A Player's Philosophy (MIT Press), Junkyard Sports, and A Playful Path, and creator of the website deepfun.com.