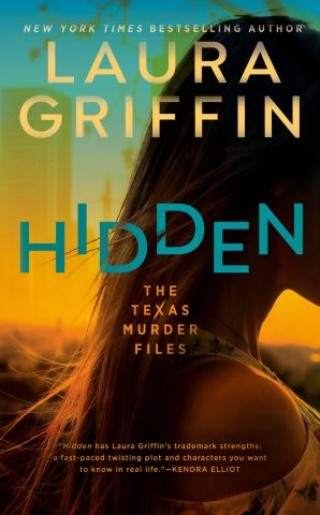 When a woman is found brutally murdered on Austin’s lakeside hike-and-bike trail, investigative reporter Bailey Rhoads turns up on the scene demanding access and answers. She tries to pry information out of the lead detective, Jacob Merritt. But this case is unlike any he’s ever seen, and nothing adds up. With the pressure building, Jacob knows the last thing he needs is a romantic entanglement, but he can’t convince himself to stay away from Bailey.

Bailey has a hunch that the victim wasn’t who she claimed to be and believes this mugging-turned-murder could have been a targeted hit. When she digs deeper, the trail leads her to a high-tech fortress on the outskirts of Austin, where researchers are pushing the boundaries of a cutting-edge technology that could be deadly in the wrong hands.

As a ruthless hit man’s mission becomes clear, Bailey and Jacob join together in a desperate search to locate the next target before the clock ticks down in this lethal game of hide-and-seek.

Laura Griffin: Laura Griffin is the New York Times and USA Today bestselling author of more than twenty-five books and novellas. She is a two-time RITA® Award winner as well as the recipient of the Daphne du Maurier Award.