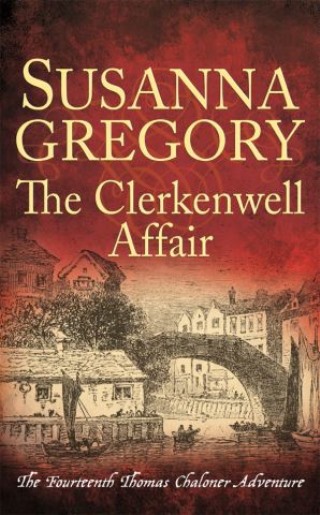 In the spring of 1666 everyone's first reaction to a sudden death at the palace of White Hall is that the plague has struck, but the killing of Thomas Chiffinch was by design, not disease. Chiffinch was holder of two influential posts - Keeper of the Closet and Keeper of the Jewels - and rival courtiers have made no secret of their wish to succeed to those offices. To Thomas Chaloner, ordered to undertake the investigation, such avarice gives a whole host of suspects an ample motive for murder.

The same courtiers are at the heart of the royal entourage endorsing the King's licentious and ribald way of life, and Chaloner has some sympathy with the atmosphere of outrage and disgust at such behaviour. London's citizens, already irked by the wealthy fleeing to the country at the outbreak of the plague, have scant patience with the Court on its return. The city is abuzz with rumours of dissent and rebellion, fuelled by predictions from a soothsayer in Clerkenwell of a rain of fire destroying the capital on Good Friday.

Chaloner initially dismisses such talk as nonsense, but as he uncovers ever more connections to Clerkenwell among his suspects, he begins to fear that there is also design behind the rumours - and that, come Easter Day, the King and his Court might find themselves the focus of yet another rebellion.

Susanna Gregory was a police officer in Leeds before taking up an academic career. She has served as an environmental consultant, worked seventeen field seasons in the polar regions, and has taught comparative anatomy and biological anthropology.

She is the creator of the Matthew Bartholomew series of mysteries set in medieval Cambridge and the Thomas Chaloner adventures in Restoration London, and now lives in Wales with her husband, who is also a writer.