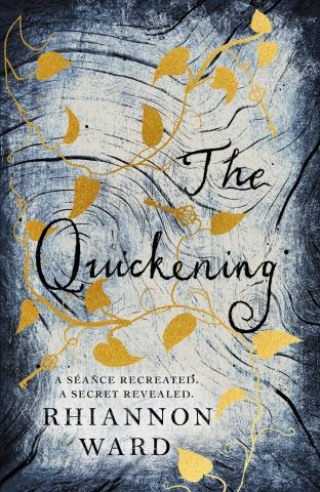 Feminist gothic fiction set between the late 19th century and the early 20th century - an era of burgeoning spiritualism and the suffragette movement - that couldn't be more relevant today.

England, 1925. Louisa Drew lost her husband in the First World War and her six-year-old twin sons in the Spanish Flu epidemic of 1918. Newly re-married to a war-traumatised husband and seven months pregnant, Louisa is asked by her employer to travel to Clewer Hall in Sussex where she is to photograph the contents of the house for auction.

She learns Clewer Hall was host to an infamous séance in 1896, and that the lady of the house has asked those who gathered back then to come together once more to recreate the evening. When a mysterious child appears on the grounds, Louisa finds herself compelled to investigate and becomes embroiled in the strange happenings of the house. Gradually, she unravels the long-held secrets of the inhabitants and what really happened thirty years before... and discovers her own fate is entwined with that of Clewer Hall's.

An exquisitely crafted and compelling mystery that invites the reader in to the crumbling Clewer Hall to help unlock its secrets alongside the unforgettable Louisa Drew.

For fans of The Silent Companions, The Little Stranger and The Familiars.

Rhiannon Ward: Rhiannon Ward is the pseudonym for Sarah Ward, the bestselling and critically acclaimed crime author. Sarah has a masters degree in Religious History and has long been fascinated by the long tradition of spiritualism in England and is a member of the Institute of Psychical Research. Sarah is also a crime reviewer and book blogger at Crime Pieces.