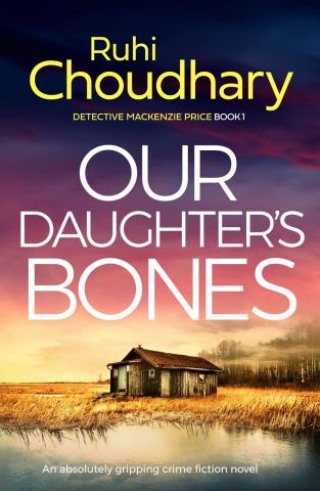 When she was just twelve years old, Mackenzie Price came home to find her father bleeding to death on the kitchen floor. She will never forget that night, nor what her mother asked her to do…

Twenty years later, Detective ‘Mack’ Price is back in Lakemore, despite vowing never to return. Determined to atone for the sins of the past, she is unstoppable in her quest for justice.

When eighteen-year-old Abigail Correia goes missing, Mack is convinced that the case is linked to Erica Perez, who disappeared exactly one year before. Unlike Abby, Erica is the daughter of one of the town’s most powerful men, but still no trace of her has been found.

As Mack endeavours to find Abby and bring her back alive, she and her team unearth a shocking secret at the heart of this small town. But that is not the only secret that lurks beneath the surface, as Mack knows only too well…

The first book in the Detective Mack Price series, Hidden Lake is a haunting and utterly unputdownable crime thriller, perfect for fans of Lisa Regan, Angela Marsons and Karin Slaughter.

What readers are saying about Hidden Lake:

‘Astoundingly, jaw-droppingly brilliant… you are on tenterhooks, frantically turning the pages while at the same time not wanting the book to end because it's just SO good. What a character Mackenzie is! Real, flawed and so very relatable. From the stunning first chapter to the gasp-inducing last one, this was a book I just couldn't put down… do yourself a favour and read this amazing book.’ Renita D’Silva, bestselling author of The Forgotten Daughter

‘Wow, Wow just WOW!!! What an explosive start to what promises to be an epic series!!!!I knew I was going to love the characters from the first page and that didn't change throughout… kept me on the edge of edge of my seat as well as up at night flipping through the pages that I just couldn't put down…. I DID NOT EXPECT that nuclear ending!!! Just mega wow!!!Completely left me speechless.’ Bookworm86, 5 stars

‘I finished this book in 2 days. I couldn’t put it down… reminded me a lot of the Josie Quinn Series and Tracy Crosswhite series. Oh, and the last page is a cliffhanger!!! Can’t wait to read the next book in this series. Great debut.’ Goodreads Reviewer, 5 stars

‘Gripping and brilliantly written… The eventual breakthrough, which sees the case solved, delivers a twist I honestly didn’t see coming… I eagerly await the next outing with Mackenzie Price and her team. A brilliant debut!’ Netgalley Reviewer, 5 stars

‘Addictive… Not only has Ruhi Choudhary created a great character she has created a great scene… Without doubt she is now one of my must-read authors, and I can’t wait to see what happens next…