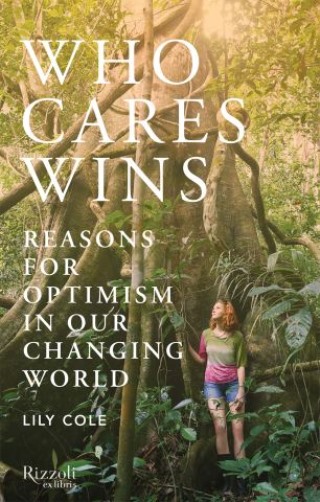 Reasons for Optimism in a Changing World

A rousing call to action, this book will leave you feeling hopeful that we can make a difference in the midst of an age of turmoil, destruction, and uncertainty.

The climate crisis, mass extinctions, political polarization, extreme inequality--the world faces terrifying challenges that threaten to divide us, yet Lily Cole argues that it is up to us to actively choose optimism, collabo- rate, make changes, and define what is possible. Cole writes: "We are the ancestors of our future. The choices we make now and the actions we take today will define and transform future generations." Having collaborated with experts working on solutions to humanity's biggest challenges, Cole distills a vision for a sustainable and peaceful future. She explores divisive issues from fast fashion to fast food and from renewable energy to gender equality, and interviews some of today's greatest influencers: Sir Paul McCartney (musician and activist), Elon Musk (CEO of SpaceX), Gail Bradbrook (cofounder of Extinction Rebellion), Farhana Yamin (climate change lawyer and activist), Emily Shuckburgh (climate scientist), Stella McCartney (sustainable fashion designer), Livia Firth (cofounder of Eco-Age), and Lisa Jackson (vice president of environment, policy and social initiatives at Apple, former Administrator of the EPA). The book also features a 32-page photo insert documenting Lily's experiences around the world, as well as the artists, activists, and others who have inspired her, and her own--as yet unpublished--photography.

Lily Cole: Lily Cole is an environmental activist, model, actress, and filmmaker. She holds an MA in history of art from the University of Cambridge, was an affiliate at the Berkman Klein Center for Internet & Society at Harvard University, and was awarded an honorary Doctor of Letters by the University of Glasgow, for her contribution to humanitarian and environmental causes through social businesses. Cole has spoken at World Economic Forum in Davos, Google Zeitgeist conference, and Wired. She regularly writes for media including the Guardian, Huffington Post, Vogue, and Financial Times. Cole has directed multiple short documentaries. She was the Bronte&#776; Parsonage Museum's creative partner for 2018, for whom she made her first fiction film.