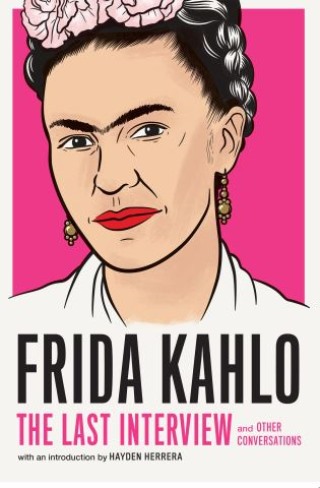 Frida Kahlo's legacy continues to grow in the public imagination in the nearly fifty years since her "discovery" in the 1970s. This collection of conversations over the course of her brief career allows a peek at the woman behind the hype. And allows us to see the image of herself she carefully crafted for the public.

Frida Kahlo is now an icon. In the decades since her death, Kahlo has been celebrated as a proto-feminist, a misunderstood genius, and a leftist hero, but during her lifetime most knew her as ... Diego Rivera's wife. Featuring conversations with American scholar and Marxist, Bertram D. Wolfe, and art critic Raquel Tibol, this collection shows an artist undervalued, but also a woman in control of her image. From her timid beginnings after her first solo show, to a woman who confidently states that she is her only influence, the many faces of Kahlo presented here clearly show us the woman behind the "Fridamania" we know today.

Frida Kahlo: Frida Kahlo (1907-1954) is considered one of Mexico's greatest painters. Drawing inspiration mainly from Mexican folk culture, Kahlo is known for her many self-portraits that mixed fantasy and reality and often incorporated personal and social commentary. Her work was shown in Paris, New York, and Mexico before her death in 1947. Kahlo's work went largely unnoticed outside of Mexico until the 1970s when she was rediscovered by art historians and political activists. Since then she has been the subject of numerous biographies and retrospectives.