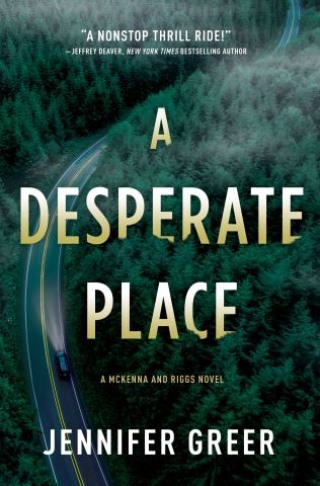 A McKenna and Riggs Novel

Perfect for fans of Tess Gerritsen's Rizzoli & Isles and Kathy Reichs, comes an explosive debut thriller about a team of two strong women and a crime that will shake you to your core.

When the body of famous actress Niki Francis is unearthed from its shallow grave, the small town of Medford, Oregon is alarmed, but not shook. After all, there should be plenty of motives and suspects--Niki had fame, wealth, looks. The kill was targeted, premeditated, and it's about her celebrity. Or so they thought.

Whit McKenna is licking her wounds, working as a reporter for the local Medford rag. Fresh from a harrowing assignment for her previous post at the L. A. Times which cost her her husband, Whit must pull herself together for the sake of her two daughters. The wound has hardly begun to scab when she's called to cover the murder, so she teams up with her best friend, medical examiner Katie Riggs. Then two more victims turn up, completely disconnected from one another, and McKenna loses all hope of a breakthrough.

Rather than clarity, the possible suspects and motives become scrambled. But time is running out, and each front page article McKenna writes brings her closer to a killer who will stop at nothing to realize a deadly vision.

Jennifer Greer: Jennifer Greer began her writing career as a journalist. She graduated from California State University, Fresno with a degree in journalism and worked as a crime reporter for the Fresno Bee. Interested in foreign affairs, she traveled to Russia in the late 80s and lived in London studying art and literature. While abroad she traveled into the war regions of Croatia and wrote an award winning article on the women and children refugees. She lives on the Oregon Coast. This is her first novel.