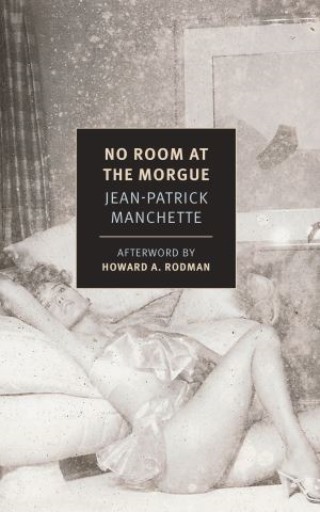 No Room at the Morgue

Inspired by the works of Dashiell Hammett, No Room at the Morgue is Jean-Patrick Manchette's unparalleled take on the private eye novel — fierce, politically inflected, and finely rendered by the haunting, pitch-black prose for which the author is famed.

No Room at the Morgue came out after Jean-Patrick Manchette had transformed French crime fiction with such brilliantly plotted, politically charged, unrelentingly violent tales as Nada and The Mad and the Bad. Here, inspired by his love of Dashiell Hammett, Manchette introduces Eugene Tarpon, private eye, a sometime cop who has set up shop after being kicked off the force for accidentally killing a political demonstrator. Months have passed, and Tarpon desultorily tries to keep in shape while drinking all the time. No one has shown up at the door of his office in the midst of the market district of Les Halles. Then the bell rings and a beautiful woman bursts in, her hands dripping blood. It’s Memphis Charles, her roommate’s throat has been cut, and Memphis can’t go to the police because they’ll only suspect her. Can Tarpon help?

Jean-Patrick Manchette: Jean-Patrick Manchette (1942-1995) was a genre-redefining French crime novelist, screenwriter, critic, and translator. Throughout the 1960s Manchette supported himself with various jobs writing television scripts, screenplays, young adult books, and film novelizations. In 1971 he published his first novel, a collaboration with Jean-Pierre Bastid, and went on to produce ten subsequent works over the course of the next two decades and establishing a new genre of French novel, the néo-polar (distinguished from traditional detective novel, or polar, by its political engagement and social radicalism). NYRB Classics also publishes Manchette's Fatale, The Mad and the Bad, Nada, and Ivory Pearl.

Alyson Waters has translated several works from the French by Albert Cossery, Louis Aragon, René Belletto, and many others and has received a National Endowment for the Arts Translation Fellowship, a PEN Translation Fund grant, and residency grants from the Centre National du Livre and Villet Gillet in Lyon. She teaches literary translation in the French department of Yale University and is the managing editor of Yale French Studies. She lives in Brooklyn.