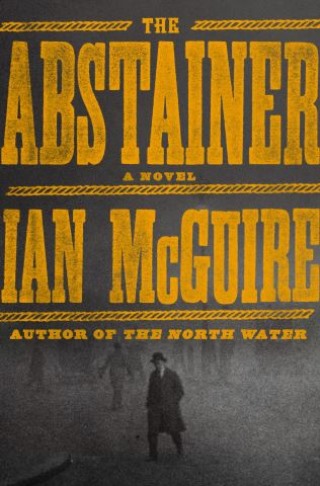 An Irishman in nineteenth-century England is forced to take sides when his nephew joins the bloody underground movement for independence in this propulsive novel from the acclaimed author of The North Water.

Manchester, England, 1867. The rebels will be hanged at dawn, and their brotherhood is already plotting its revenge.

Stephen Doyle, an Irish-American veteran of the Civil War, arrives in Manchester from New York with a thirst for blood. He has joined the Fenians, a secret society intent on ending British rule in Ireland by any means necessary. Head Constable James O’Connor has fled grief and drink in Dublin for a sober start in Manchester. His job is to discover and thwart the Fenians’ plans whatever they might be. When a long-lost nephew arrives on O’Connor’s doorstep looking for work, he cannot foresee the way his fragile new life will be imperiled—and how his and Doyle’s fates will become fatally intertwined.

In this propulsive tale of the underground war for Irish independence, the author of The North Water once again transports readers to a time when blood begot blood. Moving from the dirt and uproar of industrial Manchester to the quiet hills of rural Pennsylvania, The Abstainer is a searing novel in which two men, haunted by their pasts and driven forward by the need for justice and retribution, must fight for life and legacy.

Ian McGuire: Ian McGuire is the author of The North Water and Incredible Bodies. He is a winner of the Royal Society of Literature’s Encore Award and Historical Writer’s Association Gold Crown Award. He lives in Manchester, England, where he teaches at the University of Manchester’s Centre for New Writing.