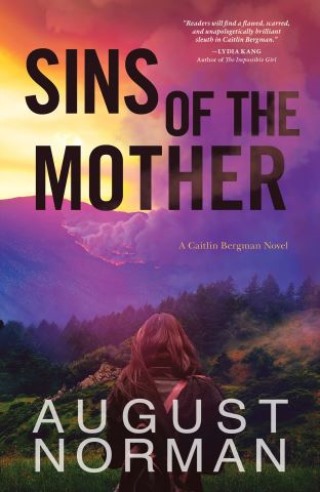 Sins of the Mother

Caitlin went in search of her mother...but what she found may set the world on fire.

Caitlin Bergman's mother is dead. That's what the award-winning journalist has told everyone for the past forty years. Easier to lie than explain how Maya abandoned her only daughter before dropping off the map forever.

But when a rural sheriff invites Caitlin to the woods of coastal Oregon to identify her mother's remains, Caitlin drops everything to face the woman she's spent a lifetime hating. Unfortunately, the body--abandoned on the land of a reclusive cult, the Daughters of God--was left faceless. Instead, Caitlin finds the diary of a woman obsessed with the end of the world, one that hints the cult's spiritual leader knows the identity of Caitlin's real father. She's not the only one looking for clues in her mother's writing. Johnny Larsen, a violent white supremacist whose family runs the county, thinks the Daughters of God kidnapped his teen-aged daughter--and will do anything to get her back.

At the top of a hill, an army of women wait for the end of days. In the town below, the Larsens plot to purify their county. Caught in the middle, Caitlin must decide which is more important--learning the truth about her past, or saving Mama Maya's chosen daughters from the end of the world.

August Norman: Originally from central Indiana, thriller and mystery author August Norman has called Los Angeles home for two decades, writing for and/or appearing in movies, television, stage productions, web series, and even commercial advertising. A lover and champion of crime fiction, August regularly attends the Santa Barbara Writer's Conference and is an active member of the Mystery Writers of America, the International Thriller Writers, and the Sisters in Crime. In addition, August is a founding member and regular performer with LA's longest running improv comedy show, Opening Night: The Improvised Musical!