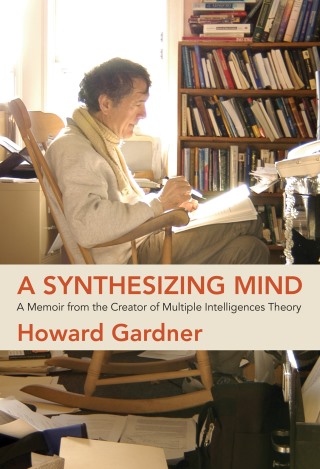 A Memoir from the Creator of Multiple Intelligences Theory

The influential author and eminent authority on the human mind reflects on his groundbreaking work and the many forms of intelligence--including his own.

Howard Gardner's Frames of Mind was that rare publishing phenomenon--a mind-changer. Widely read by the general public as well as by educators, this influential book laid out Gardner's theory of multiple intelligences. It debunked the primacy of the IQ test and inspired new approaches to education; entire curricula, schools, museums, and parents' guides were dedicated to the nurturing of the several intelligences. In his new book, A Synthesizing Mind, Gardner reflects on his intellectual development and his groundbreaking work, tracing his evolution from bookish child to eager college student to disengaged graduate student to Harvard professor.

Howard Gardner: Howard Gardner is John H. and Elisabeth A. Hobbs Research Professor of Cognition and Education at the Harvard Graduate School of Education. Best known as the originator of the Theory of Multiple Intelligences, he is the author of thirty books, including Frames of Mind: The Theory of Multiple Intelligences; Truth, Beauty, and Goodness Reframed; and The App Generation (with Katie Davis).