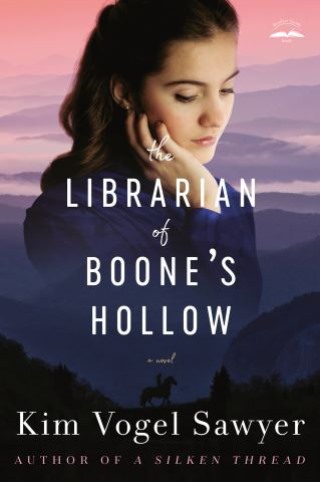 The Librarian of Boone's Hollow

A traveling librarian ventures into the mining towns of Kentucky on horseback—and learns to trust the One who truly pens her story—in this powerful novel from the best-selling author of A Silken Thread.

During the Great Depression, city-dweller Addie Cowherd dreams of becoming a novelist and offering readers the escape that books had given her during her tragic childhood. When her father loses his job, she is forced to take the only employment she can find—delivering books on horseback to poor coal-mining families in the hills of Kentucky.

But turning a new page will be nearly impossible in Boone's Hollow, where residents are steeped in superstitions and deeply suspicious of outsiders. Even local Emmett Tharp feels the sting of rejection after returning to the tiny mountain hamlet as the first in his family to graduate college. And as the crippled economy leaves many men jobless, he fears his degree won’t be worth much in a place where most men either work the coal mine or run moonshine.

As Addie also struggles to find her place, she’ll unearth the truth about a decades-old rivalry. But when someone sets out to sabotage the town’s library program, will the culprit chase Addie away or straight into the arms of the only person who can help her put a broken community back together?

Kim Vogel Sawyer: Kim Vogel Sawyer is a highly acclaimed, bestselling author with more than one million books in print in seven different languages. Her titles have earned numerous accolades, including the ACFW Carol Award, the Inspirational Readers Choice Award, and the Gayle Wilson Award of Excellence. Kim and her retired military husband, Don, live in in central Kansas, where she continues to write gentle stories of hope. She enjoys spending time with her three daughters and her grandchildren.