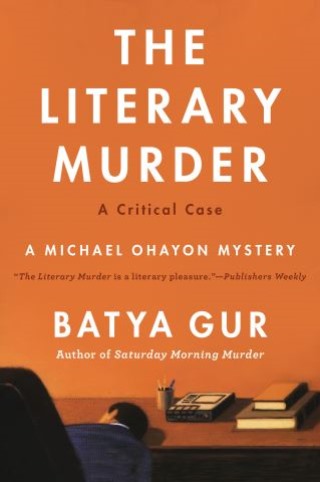 From award-winning and internationally acclaimed author, Batya Gur, comes this riveting mystery in which a shocking double murder at Israel's top academic institution brings Superintendent Michael Ohayon to the scene to probe the nature of creativity and unravel the mystery.

In investigating the deaths of a professor of literature and his junior colleague, Superintendent Michael Ohayon raises profound ethical questions about the relationship between the artist and his creation, and between the artist and a moral code. It brings him into contact with the academic elite and reveals the social problems and differing perspectives of Israel’s various classes.

Known as “the Israeli Agatha Christie, Batya Gur’s The Literary Murder is a clever, compelling, and suspenseful mystery that will leave readers entertained up until the final, harrowing conclusion.

Batya Gur (1947-2005) lived in Jerusalem, where she was a literary critic for Haaretz, Israel's most prestigious paper. She earned her master's in Hebrew literature at the Hebrew University of Jerusalem, and she also taught literature for nearly twenty years.