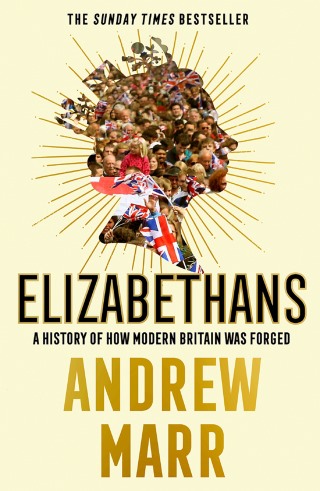 Elizabethans: How Modern Britain Was Forged

Who made modern Britain the country it is today? What does it mean to be the new Elizabethans?

Back in 1953 when the Queen ascended her throne, Britain was a very different nation. People wore more hats and uniforms, went regularly to church and were deeply class conscious. The Windrush generation had arrived just five years earlier, and many African-Caribbean and Indian people new to the UK were being denied housing, work, and entry to pubs, clubs and places of worship. There was division over immigration, food rationing and debate about what a late twentieth century Britain should look like. How did we get from there to here?

Bestselling author and broadcaster Andrew Marr offers up an answer: change came from the people. Telling Britain’s modern history through a diverse cast of individuals from all walks of life, Marr shows how women started owning their sexuality; how black activists changed the way we talked about race; how attitudes changed towards everything from social inequality to immigration, music, sexuality and freedom of expression. Celebrating activists and artists, sports heroes and business leaders, this book moves from Sylvia Plath to Elvis Costello, Frank Critchlow to Bob Geldof, Winston Churchill to Marcus Rashford, Zaha Hadid to James Dyson, Dusty Springfield to David Attenborough.

Through these sung and unsung titans of the modern Elizabethan era, this is a history that gets to the heart of how 1950s Britain evolved into the diverse, contradictory and divided country it is today.

Andrew Marr is a former editor of The Independent and BBC Political Editor. He currently hosts BBC 1’s Andrew Marr Show, and presented Radio 4’s Start the Week from 2005 to 2012. His acclaimed television documentary series include Andrew Marr’s History of Modern Britain and Andrew Marr’s The Making of Modern Britain. He is a hugely successful non-fiction author, and his first novel, Head of State will be published in 2014.