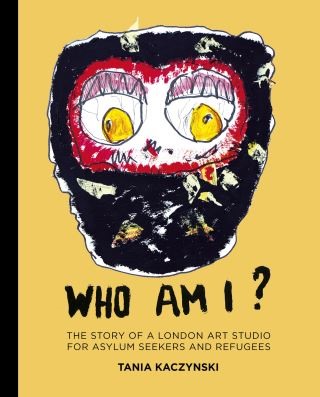 When everything is lost, imagination is the only place of true freedom. The New Art Studio, set up in 2014 by two art psychotherapists, is a unique space in London set up as a lifeline for refugees and asylum seekers to experience art therapy in a relaxed, informal atmosphere. With individual real-life stories and experiences recounted alongside the person's art, Who Am I? is a poignant look at the state of these dispossessed, and at how creating art can provide a last bastion of hope for those who have lost everything. As ideas and opinions on immigration are currently in the nation's psyche, Kaczynski's narrative and curated selection of the artists' works seek to dispel media myth about asylum seekers, explaining the real stories behind the headlines - stories of bravery, courage, loss and redemption.

Tania Kaczynski: Tania Kaczynski is an accredited, practicing art psychotherapist who founded the New Art Studio with colleague Jon Martyn in 2014. As the daughter of a refugee herself, she was drawn to the complexities of the current refugee experience and the ongoing lives lived with dual identity. The New Art Studio is a unique, therapeutic studio in London especially for refugees and asylum seekers. She lives in London.