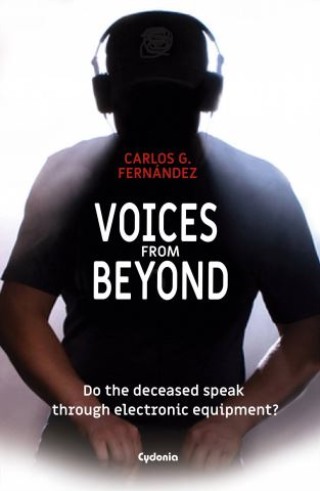 The deceased speak through electronics devices?

Instrumental Transcommunication is a technique that allows communication with our loved ones who are in another plane of existence, and listen to their voices through electronic instruments of ordinary use, such as radios, recorders, televisions, phones. This book includes theoretical and practical aspects of one of the most disturbing anome phenomena.
In this book, among many other things you will find:- How psychophonies serve tens of thousands of people around the world to alleviate grief when they have lost a loved one- The first unknown voices were recorded more than a hundred years ago- Renowned inventors and other unknowns developed devices to communicate with the afterlife, some dictated apparently from the 'other world'
- Voices are recorded not only on recorders, but also on radios, phones, computers and other electronic devices- Voices claim to be deceased people living in a 'next world'- Computer science has compared people's voices while living with psychophonies, with surprising results- All the keys to experimenting on psychophonic voices- In addition to voices, paranormal images offer a complementary view on the alleged communication with the afterlife

CARLOS GABRIEL FERNÁNDEZ: CARLOS GABRIEL FERNANDEZ is a journalist and writer. He is the author of hundreds of articles and reports on topics related to myths and beliefs, as well as unusual phenomena. He was a writer of the program Mundo Mysterious de la Televisión de Galicia (1993) and documentaryist of Mysteries unsolved (Tele 5, 1994).  He also collaborates in numerous radio, television, and magazine programs such as "Year/Zero", "Beyond Science", "History of Spain and the World" and "Enigmas". He is the author of the books "50 magical places of Galicia", "See you in heaven" and "Narcosantos and other strange devotions", among others.