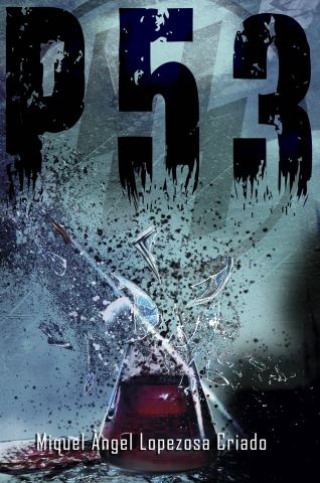 The Molecule of Life

Dr. Nicolas Dalmau, a renowned immunologist who is part of the medical research team studying the effect of the p53 molecule as a treatment for cancer, is involved in a devilish web of conspiracy, conspiracy and murder that will turn his monotonous life into a hell that will force him to get the best of himself in order to survive.
In his escape, he will drag his girlfriend Vangelis, his friend and colleague Albert and the talented hacker Raquel into a thrilling adventure in which everyone is a suspect and no one is safe from falling under the long tentacles of the criminal organization that is pursuing them. They have only one way out: to unmask the intrigues of a secret society that tries to keep hidden information that can defeat their aspirations in the struggle for world power.
Miquel Àngel Lopezosa surprises us with a PSYCHOLOGICAL THRILLER OF SUSPENSE, set in today's BARCELONA, with which he tries to show us the darkest side of a society steeped in depravity, corruption and fanaticism. Secret locations, persecutions and a great mystery to be solved are the ingredients of this exciting novel, full of surprising twists and turns and which will culminate in an UNEXPECTED FINAL.
Is the fate of our health really in the best hands?

Miquel Àngel Lopezosa Criado: Miquel Àngel Lopezosa Criado, lives in Montornès del Vallès, Barcelona. He is married and has two children, Alexa and Gabriel. He works as a teacher of Professional Training (Ins La Ferreria, de Montcada i Reixac), as a career civil servant since 2004, although he has been in the profession since 1998. He studied for a Diploma in Nursing at the Escola Universitària de la Vall d'Hebron (1992/95 - UAB) and the first cycle of Dentistry at the Facultat d'Odontologia de Bellvitge (1996/98 - UB). Previously, he also studied up to the middle cycle of music (5th year of accordion, 5th year of solfeggio and 4th year of piano) at the Conservatori Municipal de Música de Barcelona.
Novels by the author:
Gabriel's Chronicles. In Search of the Truth. August 2016
Gabriel's Chronicles. The Children of the Light. September 2018
p53. The molecule of life. July 2019.
Stories:
The door. A Lovecraftian story.
The decision.
The call.