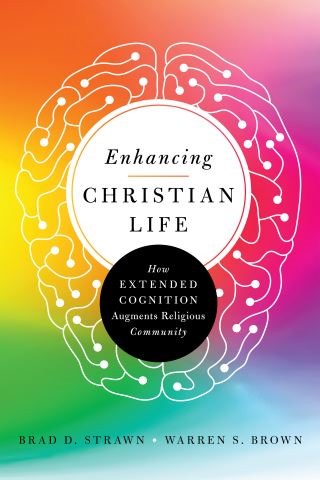 No one is really Christian on their own. But often the religious life is seen as individual, private, and internal—resulting in a truncated, consumeristic faith. And what if that kind of individualistic Christianity is built on a fundamental misunderstanding of human nature? According to psychologists Brad Strawn and Warren Brown, it's time to rethink the Christian life in light of current research on the human mind, particularly with a deeper understanding of the process called "extended cognition." Using insights from neuroscience, psychology, and philosophy, they argue in Enhancing Christian Life that persons must be understood as not only embodied and embedded within particular contexts, but also extended beyond the body to encompass aspects of the physical and social world. Embracing a vision of the Christian life as extended into interactions with a local network of believers, they help us discover a fuller, more effective way to be Christian. After exploring the psychological dynamics of extended cognition, including how the mind is "supersized" by the incorporation of physical tools and social networks, Strawn and Brown consider implications for spiritual practices, congregational life, and religious language and traditions, which they describe as mental "wikis." The formation of robust Christian life, they show, is a process that takes place within a larger mesh of embodiment and mind—broader, deeper, and richer than we could ever be on our own.

Brad D. Strawn: Brad D. Strawn (PhD, Fuller Theological Seminary) is the Evelyn and Frank Freed Professor of the Integration of Psychology and Theology at Fuller Theological Seminary. He has post-doctoral training in psychoanalysis and is a licensed psychologist. He is coauthor (with Warren S. Brown) of The Physical Nature of Christian Life: Neuroscience, Psychology and the Church and coeditor of Christianity and Psychoanalysis: A New Conversation.|||Warren S. Brown is the director of the Lee Edward Travis Research Institute and professor of psychology at Fuller Theological Seminary. He is principal editor and contributor to Whatever Happened to the Soul? Scientific and Theological Portraits of Human Nature and coauthor (with Nancey Murphy) of Did My Neurons Make Me Do It?