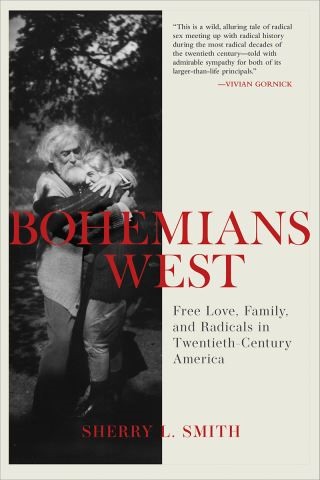 The opening years of the twentieth century saw a grand cast of radicals and reformers fighting for a new America, seeking change not only in labor picket lines and at women’s suffrage rallies but also in homes and bedrooms. In the thick of this heady milieu were Sara Bard Field and Charles Erskine Scott Wood, two aspiring poets whose love story uncovers a potent emotional world underneath this transformative time. Self-declared pioneers in free love, Sara and Erskine exchanged hundreds of letters that charted a new kind of romantic relationship, and their personal pursuits frequently came into contact with their deeply engaged political lives. As Sara’s star rose in the suffrage movement, culminating in her making a cross-country car trip in 1915 and gathering hundreds of thousands of signatures for a petition to Congress, she began to ask questions about her own power in her relationship with Erskine. Charting a passionate and tumultuous relationship that spanned decades, Bohemians West offers a deeply personal look at a dynamic period in American history.

Sherry L. Smith: Sherry L. Smith is University Distinguished Professor of History (Emerita) at Southern Methodist University. She now lives in Moose, Wyoming and Pasadena, California with her husband, Robert W. Righter (also a historian) and their English Setter named Una. A historian of the American West and Native America, Smith’s other books include Hippies, Indians and the Fight for Red Power and Reimagining Indians: Native Americans Through Anglo Eyes, 1880-1940, both published by Oxford University Press. She is Past President of the Western History Association and received the L.A. Times Distinguished Fellowship at the Huntington Library, which supported research for Bohemians West. Smith has also been honored with fellowships from the National Endowment for the Humanities, The Fulbright Foundation, and Yale University’s Beinecke Library.